Our partnership with Jersey Sea Farm began back in 2008 when we were asked to design and develop a cage capable of restricting or inhibiting bacteria and barnacle growth.

Specifically, we were asked to develop a plastic that had hydrophobic properties, so that when the tide went out, the water would run off the cage leaving no residue. This would then reduce the possibility of bacteria and barnacle growth.

The achievement of the above would represent a clear commercial advance to the oyster farming industry.

Native Oysters were trialled in an attempt to overcome the challenges of OSHV1 in Pacific Oysters. These were grown in specially designed ORTAC oyster containers. The results were unexpectedly successful with the movement of the units and the shelter from direct sunlight overcoming the mortalities experienced in oyster bag culture trials elsewhere.

Jersey Sea Farms has chosen to create a genuine restoration aquaculture approach. This involves retaining the oysters in culture for four rather than three years, this allows them to achieve premium 0++ sizes and during the final growing season release major volumes of viable larvae to settle on the vast historically productive beds to the East of Jersey. 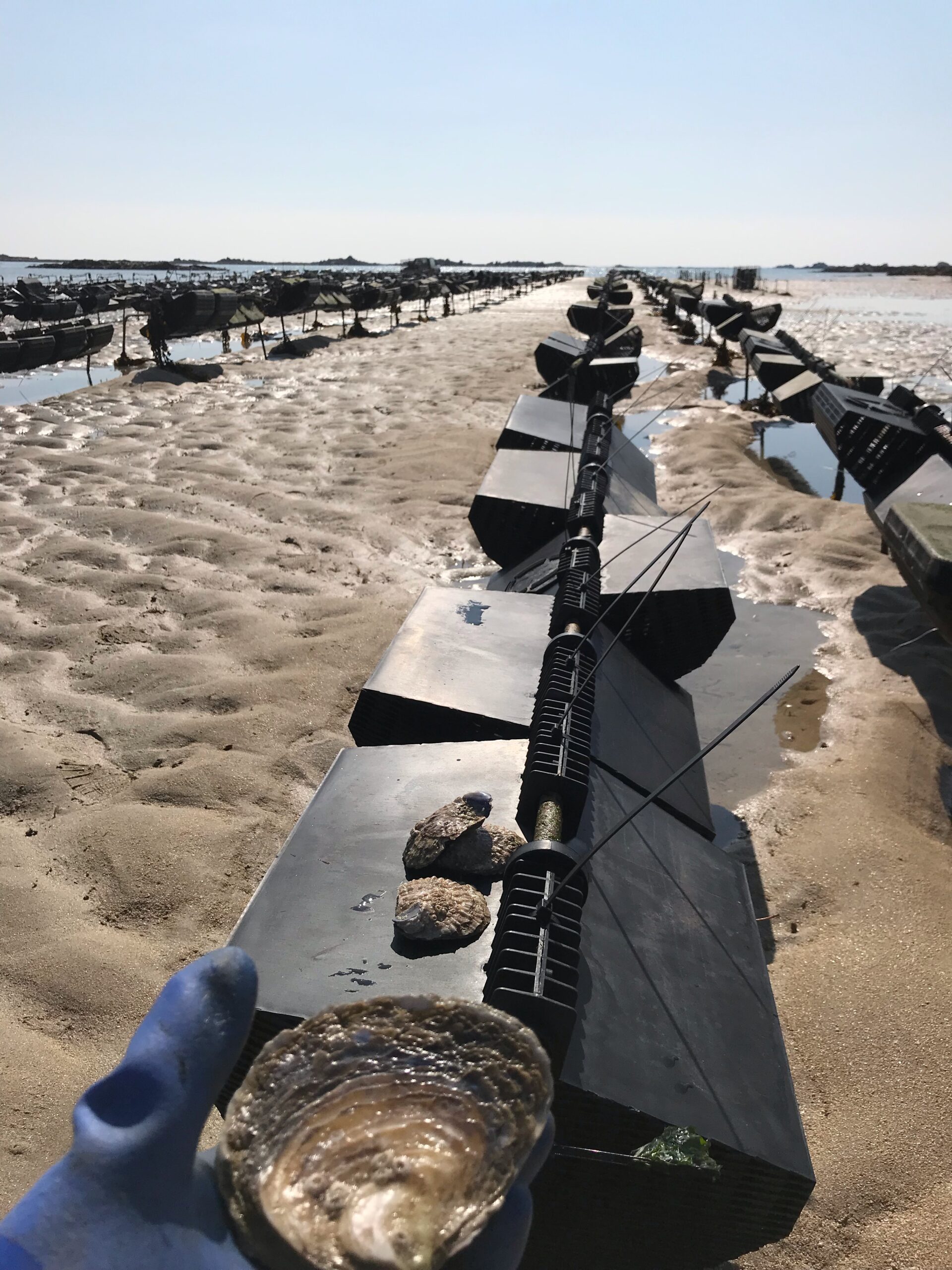 So we got to work…

We needed to develop both a polypropylene with hydrophobic properties and a plastic injection moulding protocol for a hydrophobic PP mix, for a customer within the marine industry.

So, were there any difficulties in this?

Well… Yes! As in most new techniques, there will be an element of trial and error.

We knew that the addition of an additive would change the properties of the base ingredient. Also, the plasticising time and material it picked up was difficult to control, which led to an inconsistency in the end product.

It was therefore apparent that the injection moulding protocol had to change.

The result was that, through research and development, we identified a commercially viable mixture and injection moulding production method.

This gives us a clear technological advance with a wider application to other industries, placing us at the forefront of plastic injection moulding companies.